Asbestos is a set of six naturally occurring minerals which was mined in the same way as coal.

The European union has banned all use of asbestos, as well as the extraction, manufacture and processing of asbestos products. The Control of Asbestos regulation 2012 gives specific guidance on who the duty holder is for buildings and how asbestos should be managed.

Asbestos can be bonded straight into various building materials as well as woven into textiles. It even now remains the most effective form of fire protection avalable.

The Control of Asbestos Regulations 2012  came into force on 6 April 2012, updating previous asbestos regulations to take account of the European Commission's view that the UK had not fully implemented the EU Directive on exposure to asbestos (Directive 2009/148/EC).

From 6 April 2012, some non-licensed work needs to be notified to the relevant enforcing authority.

From 6 April 2012, brief written records should be kept of non-licensed work, which has to be notified e.g. copy of the notification with a list of workers on the job, plus the level of likely exposure of those workers to asbestos. This does not require air monitoring on every job, if an estimate of degree of exposure can be made based on experience of similar past tasks or published guidance.

Some modernisation of language and changes to reflect other legislation, e.g. the prohibition section has been removed, as the prohibition of supply and use of asbestos is now covered by REACH (Registration, Evaluation, Authorisation and Restriction of Chemicals Regulations 2006). (Source HSE) 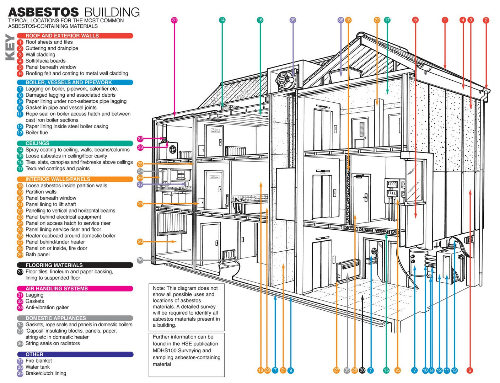